ANOTHER STAR IS BORN FROM THE CADA PERFORMING ARTS SCHOOL 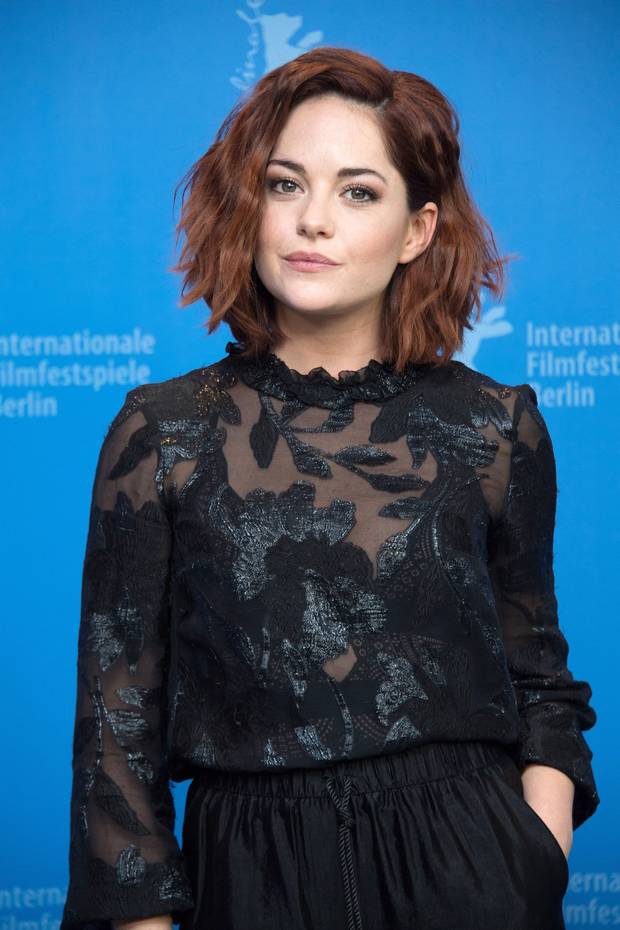 Cork actress Sarah Greene is starring in the new television series Dublin Murders. From early days Sarah was a panto fan and what better city than Cork to love panto. One of her first pantos was Red Riding Hood and shortly after seeing it her mother enrolled her in classes with renowned and award winning Cork drama teacher and director Catherine Mahon-Buckley. Sarah spent many enjoyable years at CADA Performing Arts School which was set up many decades ago by Catherine Mahon-Buckley. Sarah cherishes her CADA days and stays in contact with Catherine Mahon-Buckley. With any acting career there is lots of high and low points and getting ‘the break’ is what it is all about. In 2013 Sarah received Tony and Oliver Award nominations in Martin McDonagh’s The Cripple of Inishmaan with Daniel Radcliffe on Broadway and the West End, and in 2015, with an incredible and much talked about performance in Noble. She also appeared on Penny Dreadful. She also appeared in the famine revenge thriller Black 47 as well as the much lamented Roddy Doyle written Rosie which was all about a Dublin family fighting homelessness.

Her latest accomplishment is in Dublin Murders, and as one of the lead actors. It will air on RTÉ and BBC and most likely in other markets. It was shot in Dublin and is made up of eight hour long episodes, The series is adapted by the leading screenwriter Sarah Phelps from the crime writer Tana French’s novels, In the Woods and The Likeness. In Dublin Murders Sarah plays detective Cassie Maddox, who works with Rob Riley (Killian Scott) in a cast that also includes Tom Vaughan-Lawlor. It is fantastic to see the great progress of Sarah and no doubt this is a pivotal moment in her career and with a talent like Sarah we can expect many more great roles in the time ahead.

The Hope Foundation – A Tragic Announcement from Maureen
October 13, 2020

MOTHER’S DAY LUNCH TO RAISE FUNDS TOWARDS A NEONATAL FAMILY SANCTUM FOR MOTHERS, BABIES AND FAMILIES IN CRISIS
February 13, 2020

Pictured at the launch of the ‘Spark Joy’ Afternoon Tea for Marymount at the Hayfield Manor Hotel
February 12, 2020
Latest News
Contact Details